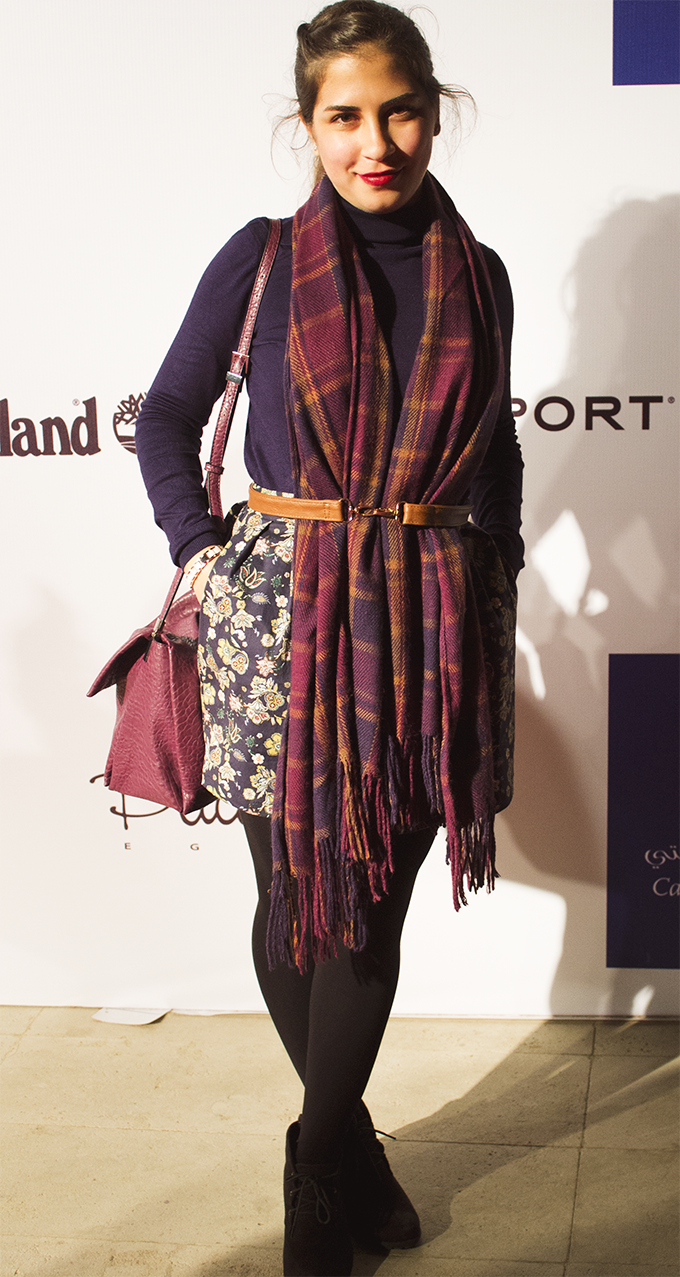 Last night I had the incredible opportunity to attend the third Cairo Fashion Festival. For those of you unfamiliar with it, it’s a festival composed of shopping bazaars with handmade as well as retailed goods and several fashion and music shows. Since it was my first time to attend such an event, I was both excited yet anxious due to the fact that I didn’t know what to expect. Business cards ready, my pass ready, and my best friend with me – we headed to the festival.

It was truly a one of a kind event. Guests came dressed in their best attire, with men in classy suits touched up with personal details, and women in colorful and interesting fall-wear. I personally like to observe how people dress for inspiration, both in events and in their everyday lives, so it was definitely an amusing spectacle. Before the shows began, we took a little stroll through the bazaars, looking at little trinkets for decorating homes, to colorful flower stands and local designer clothes.

Once it was time, we headed instead and it was show time. The first half of the shows were composed of casual wear; such as Levi’s, Splash and Timberland. I personally was looking forward to the local designers part – since I’m an aspiring fashion designer (if you couldn’t tell!) and I love to see how local designers are developing. In between, a little, local band called Screwdriver played some songs, including a couple of covers of Empire of the Sun. It was intriguing to watch how both fashion and music could be merged to create such a show!

Finally, the haute couture and prêt-à-porter shows began. Deana Shaaban, in collaboration with ABn’G, initiated the show. It was like Alice in Wonderland meets modern-day-princess, with a mix of bright, fiery colors against cool colors. After that was Jordanese designer Heba Edris, who infused some of her heritage into the designs, making them look avante-garde with a traditional touch.

Next up was my personal favorite: Lebanese designer Iman Saab. I had the chance to chat with her before the shows, and she gave some invaluable advice for beginning designers. Of course, there is no magical secret to success: you have to work for it, and work hard. Her pieces each had their own personality, aiming at the young and feminine girl, who likes to stand out and look different. With a color palette of black, white and some bold tones, her pieces really grabbed my attention. Unfortuneatly, I left before the last couple of shows, but it was a spectular night nonetheless. 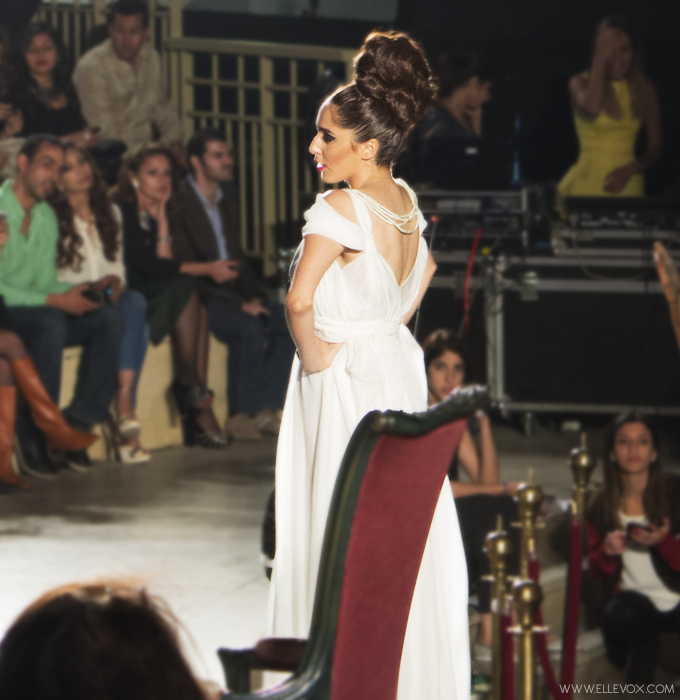 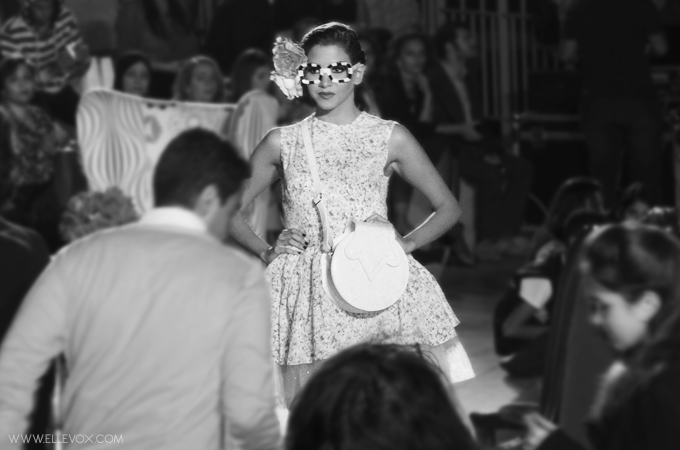 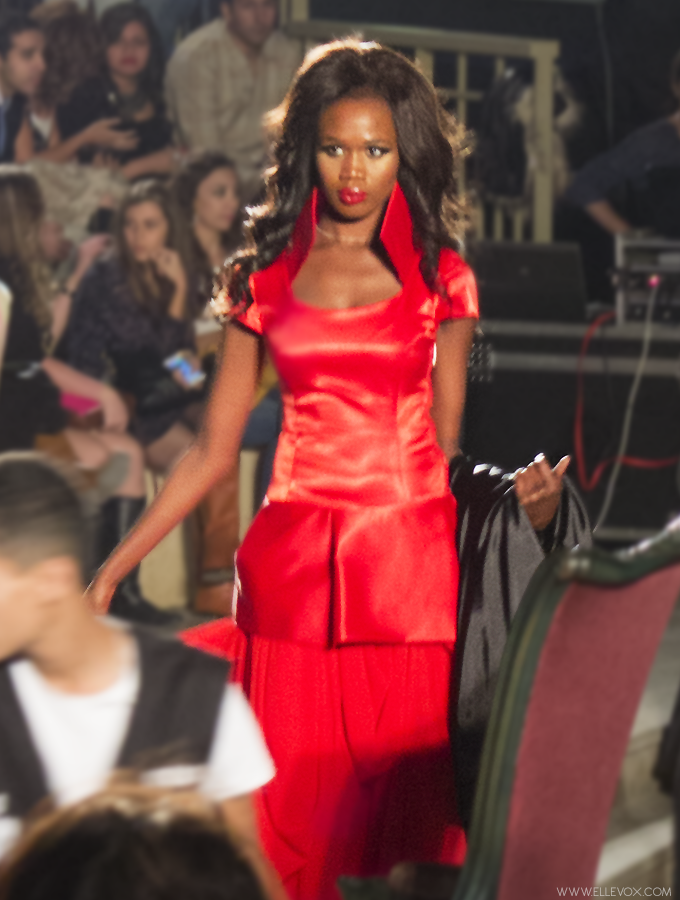 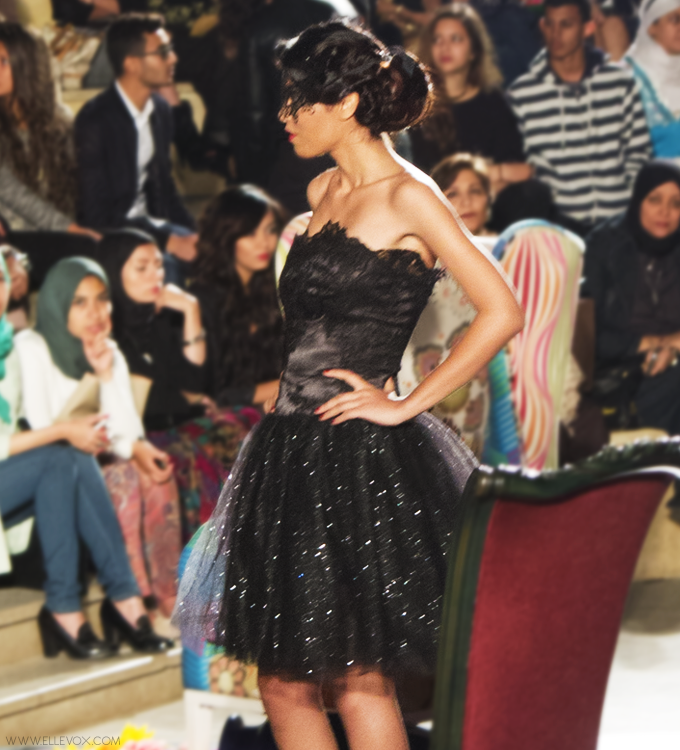 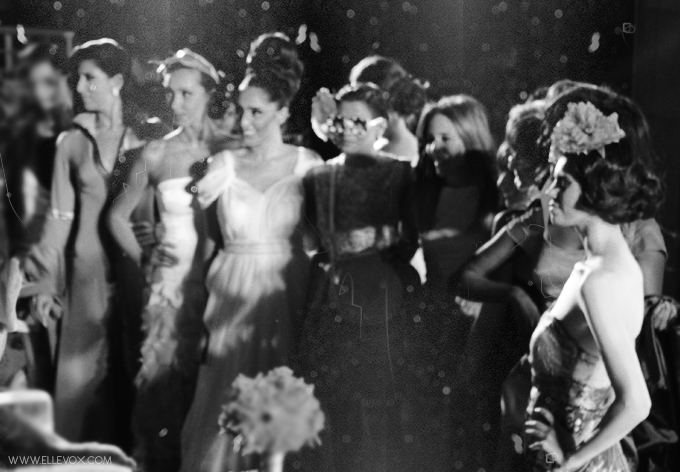 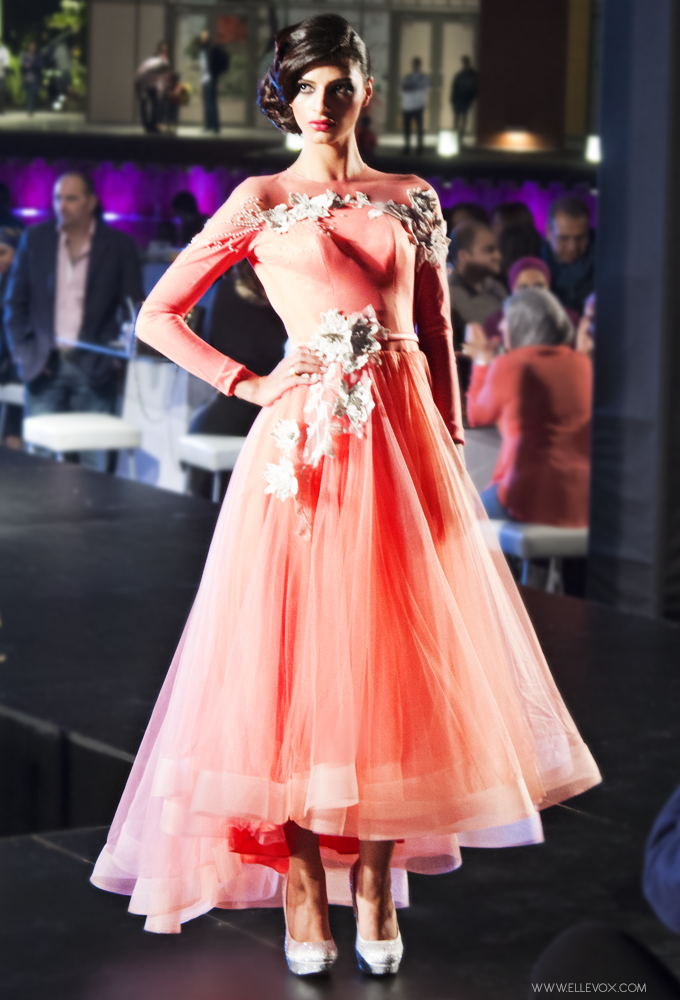 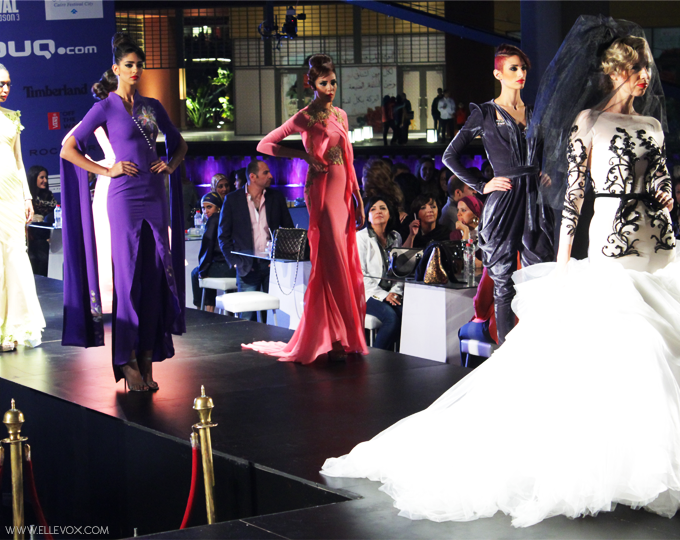 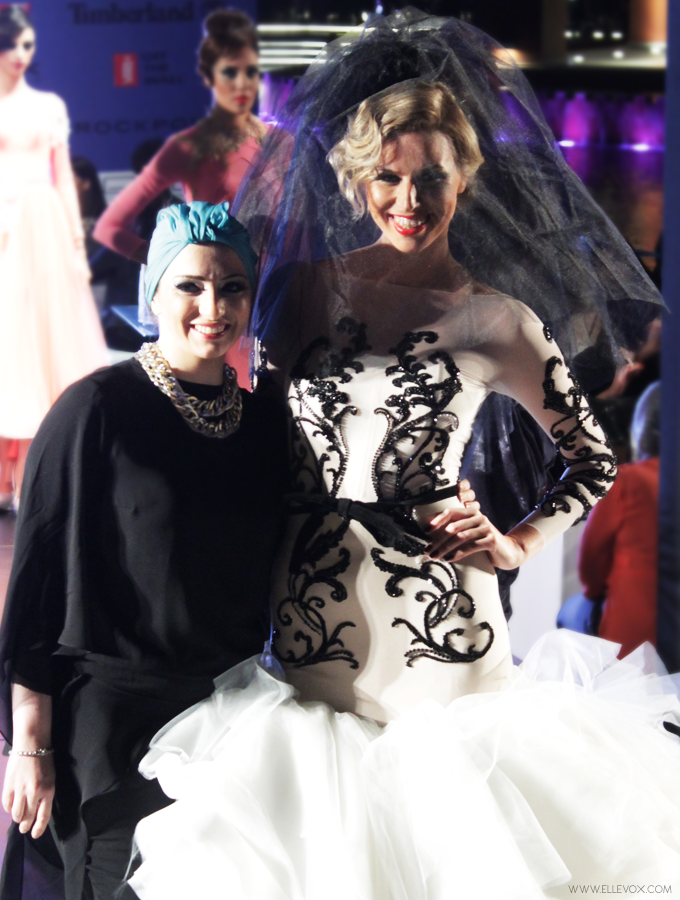 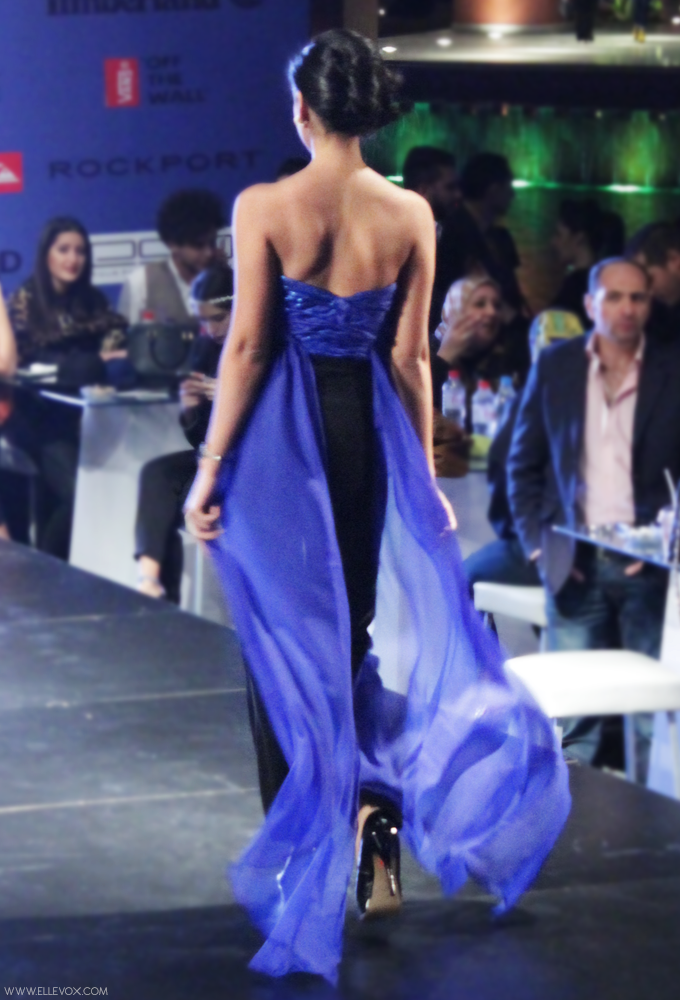 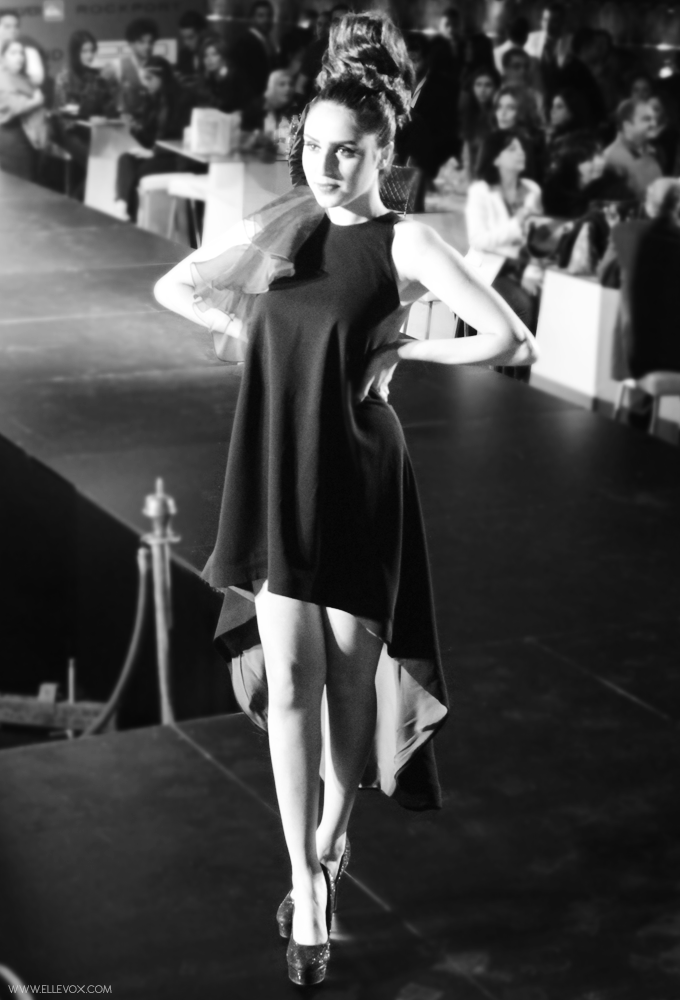 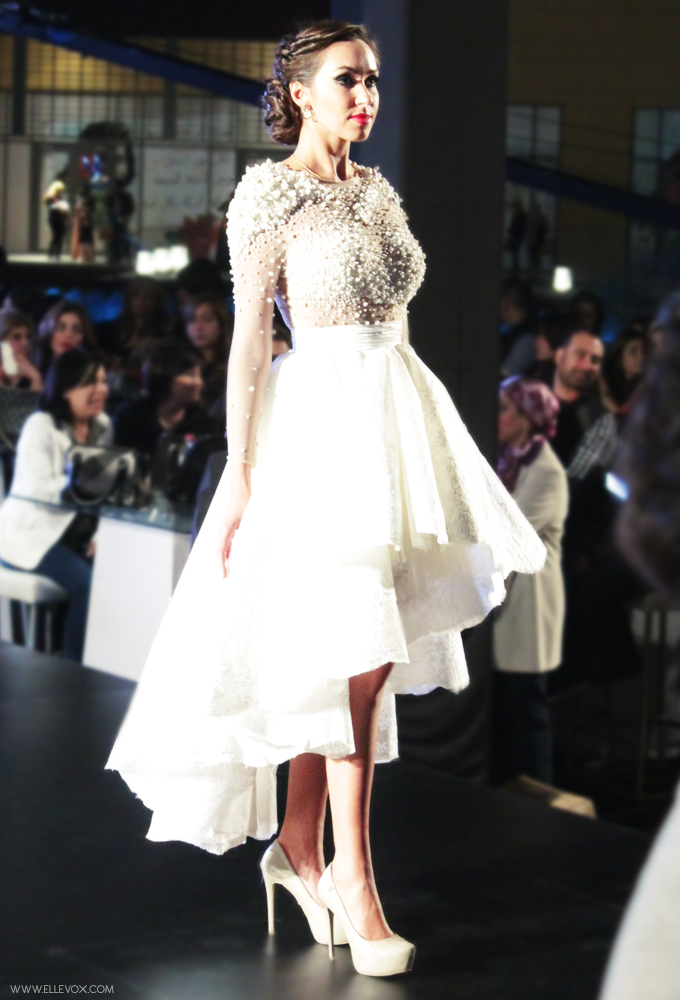 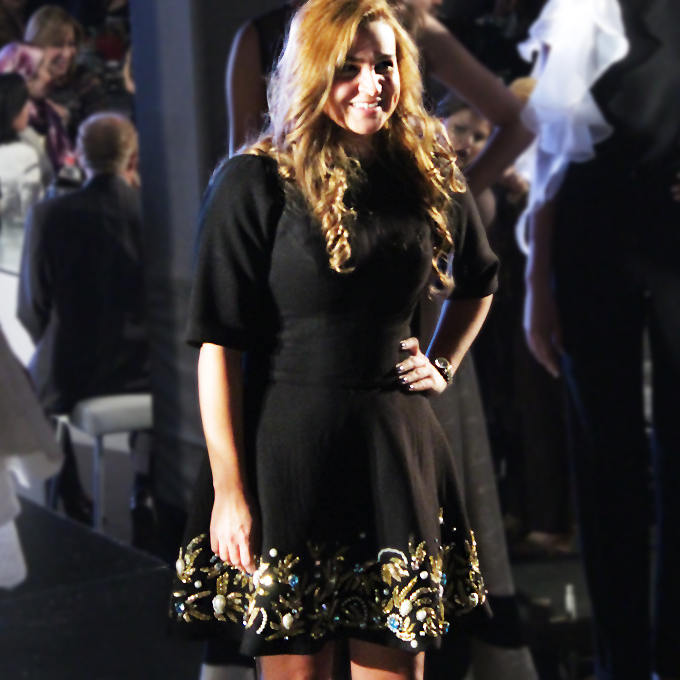 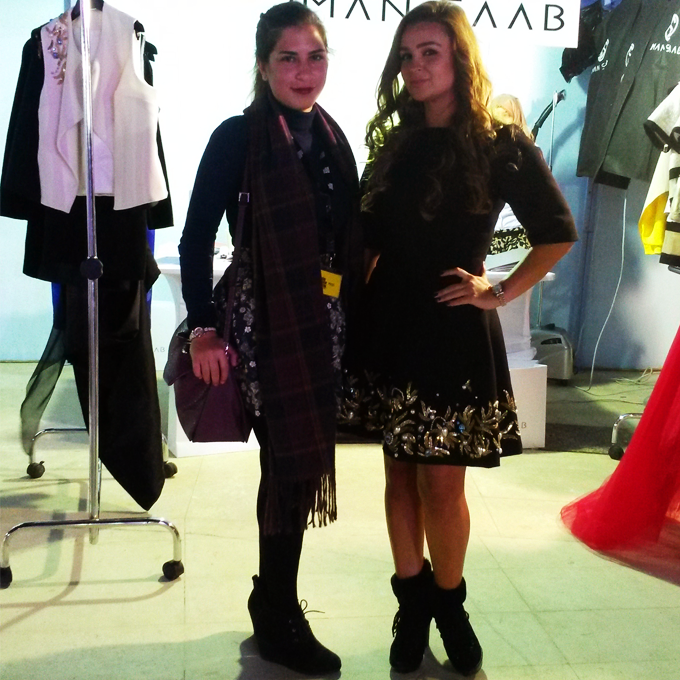 Special thanks to Ego Communicate for making this possible. Pictures taken by me.