After almost a year of obsessive clutch making, I present you clutch number four! This was by far the most troublesome clutch I’ve made: I redid the design and sewed on sequins at least three times before settling with this simple look. The idea I had in mind was so much different than this, but due to some busy weeks and many mistakes, I gave up and ended up making this in only two days out of the 8 weeks I began in making it. Hope you guys like it! :D 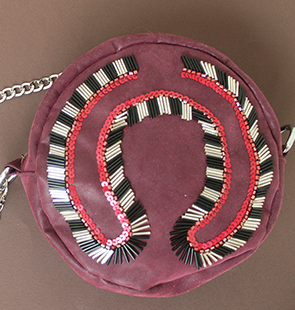